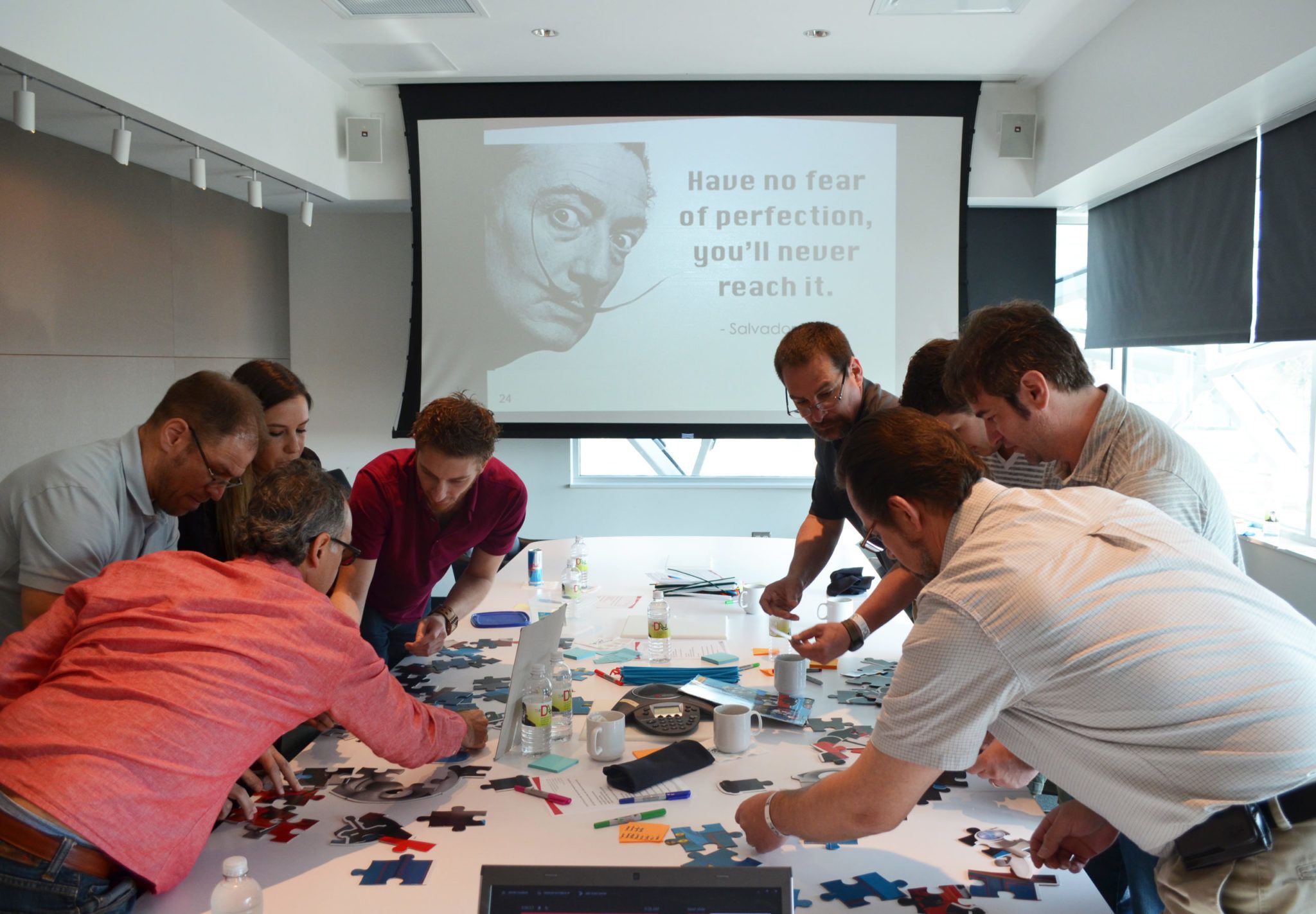 The Salvador Dalí Museum, an architectural triumph perched on the water in downtown St. Petersburg, truly is a global jewel in Tampa Bay’s own backyard.

Home to the largest collection of Dalí’s works outside of Europe, the hurricane-proof museum is a treasure trove of culture. The museum draws flocks of locals and tourists alike, seeking to appreciate the fruits of the mind of its eccentric, timeless, titular artist.

Since 2014, the museum’s Innovation Labs have attracted a certain type: working professionals. In a perhaps unlikely alliance, some of the Labs’ staid, traditional, buttoned-up clients from the business world have unleashed their hitherto latent creativity under the guidance of Dr. Kim Macuare.

Macuare is the co-director of the Innovation Labs. She facilitates sessions in the lab with Denisse De Leon and lab co-director, founder and museum executive director, Dr. Hank Hine.

“What we are doing,” Macuare says, “is we are leveraging Dali’s art processes and methods in order to spark creativity for companies, organizations and individuals. And in doing so, [we] help them push their innovation outcomes.”

These innovation outcomes are a direct result of three different kinds of labs: Foundation Labs, Skills Labs and Solution Labs.

“As an artist, he was very particularly interested in this concept of perception,” she says. “And many of his paintings are using different kinds of effects, specifically illusion effects, in order to make people reassess what it is they’re seeing, both in the sense of what you see depends on where you’re standing [and] what you see depends on which lens you’re looking through.” 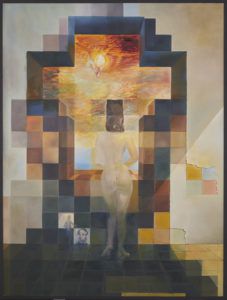 For example, Dalí made one of his paintings so that if the viewer looks at it from a short distance, he sees a revealing portrait of his wife, Gala. 20 meters from the painting, the viewer sees a portrait of Abraham Lincoln. As the painting goes to show, one’s positioning influences one’s perception.

Macuare hopes that the labs show participants that creativity can be infused in virtually any kind of endeavor. Creativity isn’t just for creatives or artists. It’s for business people, even those from the labs’ more traditional clients like Raymond James Financial.

“What we try to do in the lab,” Macuare says, “is we try to help people understand it’s not that art is a stand-in for the word creativity, it’s that art is actually a way of thinking. That is, when we understand what Dalí, or another artist, was thinking and trying to do in the production of the art then we can actually model that kind of thinking.”

The Innovation Labs combine art-as-a-method with 60 years of research on creativity studies and current, cutting-edge research on organizational management. As a result, Macuare says, clients leave the labs having been thrown off the so-called script that they had been following while performing their jobs’ tasks.

Macuare emphasizes that despite a recent societal spike in interest in creativity and innovation, the labs are not capitalizing on a passing trend.

“I think what is probably trendy is the overuse of the word ‘innovation’,” she says. “I think that as a culture we’ve used the word so much, and not always in a strictly accurate way, that I think people have come to see that as maybe a piece of jargon.”

Innovation, she says, is the application of creativity, without which there would be no innovation. In other words, to innovate is to implement a creative idea.

The labs’ clients have benefited from such creativity and innovation. The labs mostly serve corporations, as well as educational institutions such as the University of South Florida and the staff and board members of non-profit organizations.

Macuare estimates that 80 percent of her clients don’t define themselves as being primarily creative, while the remaining 20 percent do.

The Dalí Museum is the first and only museum to run a full-time, creative think tank out of a museum. Macuare expects that the labs will continue to draw inspiration from Dalí as they keep creating and innovating.

“Dalí, by his very nature, is synonymous with creativity and innovation,” she says. “He was a prolific ideator constantly coming up with new ideas, not just for his paintings but beyond the paintings. A lot of people don’t realize he was also a filmmaker and a jewelry maker. And he was an advertising designer and fashion designer. There are so many facets of him…because he constantly needed to do the thing and come up with new ideas. Once people realize that, they start to see what a natural fit this is.”

In the short-term future, Macuare envisions that the Innovation Labs will travel off-site even more than they already do. She also hopes to inspire other museums to think differently about their roles as a museum and to imagine a role besides only displaying their collections of artwork.

“If someday I may die,” Dalí once said, “though it is unlikely, I hope the people in the cafes will say, ‘Dalí has died, but not entirely.’” The people in the Innovation Labs can certainly say as much.♦