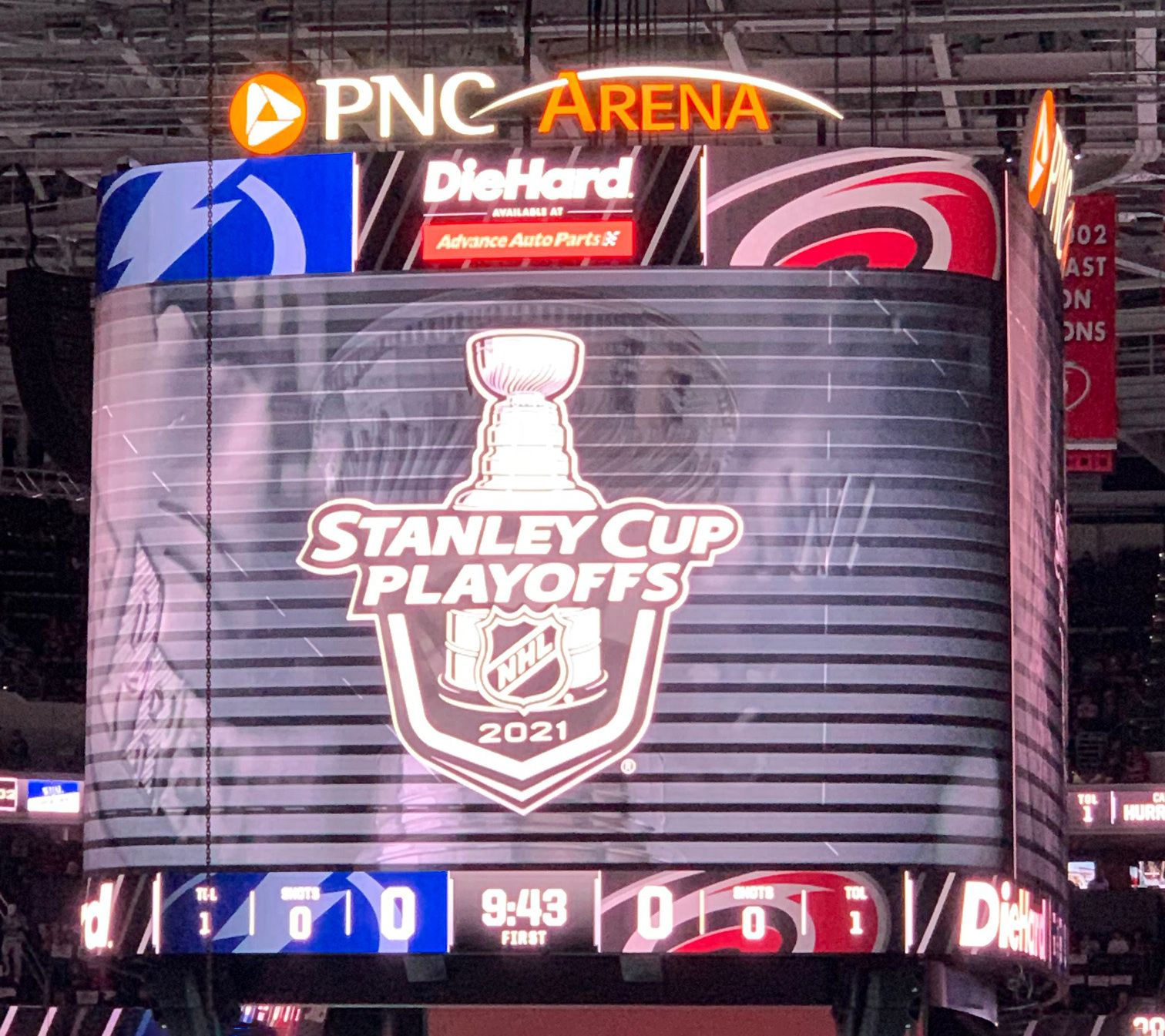 Editorial: Following the Bolts on the road to Raleigh (PHOTOS)

Sports fans who have been missing the roar of the crowds are buying tickets again, and those of us with travel lust are checking airline schedules and happy to travel to see our beloved teams play.

Post-pandemic, weary bodies, and minds are craving an adventure. Before you could say “GO BOLTS,” I secured tickets to the Tampa Bay Lightning game in Raleigh and hopped on a direct Southwest flight with my son.

The Bolts were playing the Hurricanes at the PNC Arena. With a chance to keep that Stanley Cup on the line, we felt we had to show our support, even in a sea of red hockey jerseys.

With a predicted crowd of 12,000 fans from the Raleigh team we knew we would be outnumbered, but proudly packed our Bolts blue shirts and off we went.

What we discovered was a new passion. It’s something I’m calling “Team Travel Lust,” which means attending an away game and enjoying a luxury resort.

TRAVEL DAY: A quick one-and-a-half-hour flight, a 15-minute Uber drive from the Raleigh-Durham International Airport and we were being greeted by the valet at the Umstead Hotel and Spa in Cary, North Carolina. Tucked into 12 acres of serene woodlands, overlooking a private lake, The Umstead is located near the protected forest setting of the William B. Umstead State Park. Stunning interiors are accentuated with privately curated fine art, 150 luxury guest rooms, and suites, world-class cuisine, a spa and gracious hospitality among the finest hotels in the Raleigh area, and the only Forbes Five-Star Hotel in North Carolina.

One of only 64 Forbes Five-Star restaurants in the world, Herons is the signature restaurant of The Umstead and is acclaimed among the best restaurants in, and around, Raleigh, North Carolina. Open for breakfast, lunch, dinner and weekend brunch, the intimate, 98-seat dining room features a full-view kitchen, a meticulously curated private art collection and floor-to-ceiling window views of the surrounding gardens and grounds. We enjoyed a casual lobster roll over a late lunch before heading to the game.

A decadent espresso martini helped to keep the adrenaline going as we sat outside at the bar and lounge, which overlooks the pool, the fireplace and the beautiful North Carolina scenery. The perfect “we’re not in Tampa anymore” moment.

We were surprised to find so many Tampa Bay connections in Raleigh. Even the Hurricanes General Manager Don Waddell spent some time outside of the VIP section greeting guests with a big smile.

“Hockey fans are always welcome here,” he said, eyeing our Tampa Bay blue shirts. When we caught up with him right before the puck hit the ice, he confessed that he loves the Tampa Bay area and owns a home on Indian Rocks Beach. Did he mind talking to us from the opposing team? “All hockey fans are welcome here. Enjoy the game and thanks for coming out!”

Turns out Raleigh was the perfect “first post-Covid” trip as the Centers for Disease Control and Prevention made new recommendations saying vaccinated adults could mostly be maskless in public. North Carolina Gov. Roy Cooper followed suit, easing restrictions and mask-wearing. The fans turned out by the thousands.

Local restaurants embraced the game. There’s a siren in the Raleigh bar, the Backyard Bistro, that blares a joyous blare whenever the Carolina Hurricanes score a goal. It’s not PNC Arena, which sits across the street, but it’s close. The Backyard Bistro is one of the Triangle’s few bars devoted to hockey, hanging jerseys from the rafters and, in normal years, hosting weekly interview shows with players. “We’re definitely a Canes bar,” owner Joe Lumbrazo said. “Locals, regulars, this is their pre-game spot and their post-game spot.”

Wherever you go, make sure you check out the tailgate festivities. In Raleigh, there’s a team/organization directly in front of the building. The Section 328 Tailgate was huge, with an unofficial mascot, Hamilton the Pig, holding court. Our buddy Wit Tuttel, the executive director of Visit North Carolina, used to be the former public relations director at Visit St. Pete/Clearwater. He reminds us that Raleigh is a fabulous destination. We couldn’t agree more.