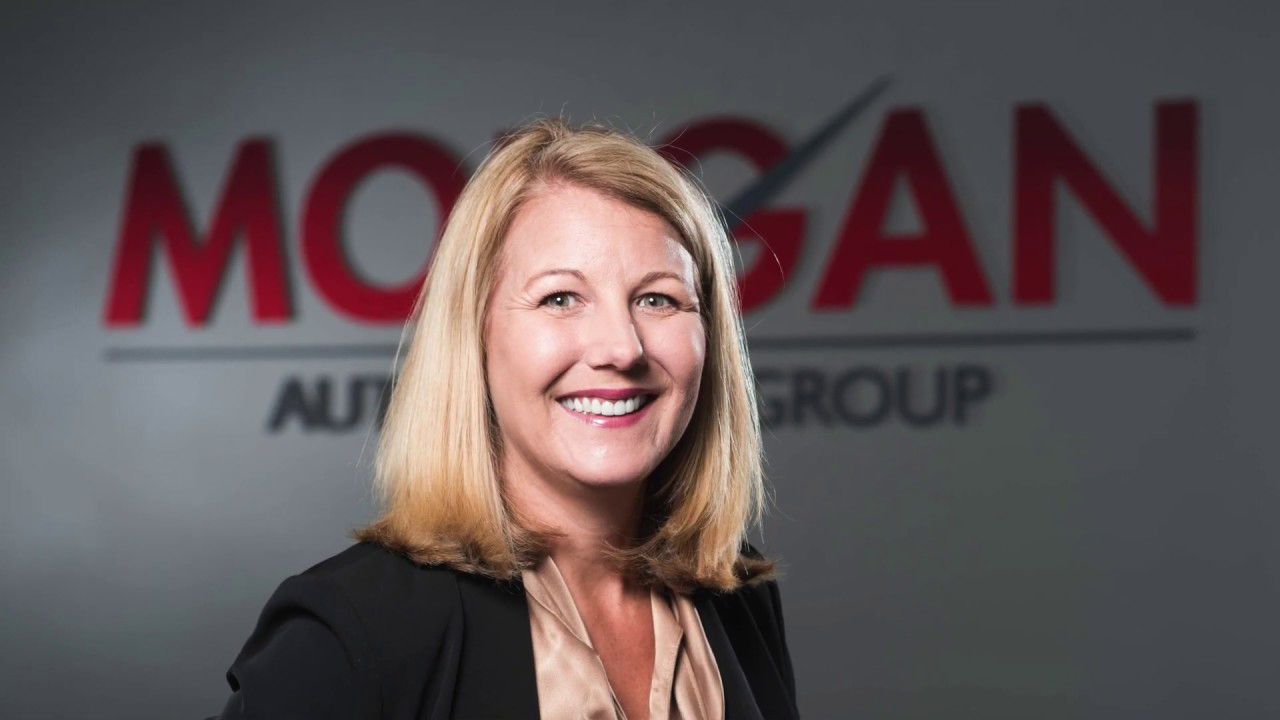 After speaking with Kelly Ross for about an hour, the quote, “Well-behaved women rarely make history,” comes to mind. Not to say she isn’t well-behaved, but she’s a firecracker through and through.

After being a woman in the car industry for 37 years, that doesn’t come as much of a surprise. Often thought of as a “man’s industry,” Ross makes no bones about that being a myth she dismisses with ease.

“I didn’t know women weren’t supposed to be successful in the car business,” says Ross. “Don’t let somebody tell you just because you’re a girl, you can’t be, or do, something. It’s just not true.”

The self-trained Ross began in the auto industry in the late ‘80s, as a receptionist, and has gone on to hold roles like controller and now, chief financial officer at Morgan Auto Group, where she has been longer than any other auto dealership in her past.

“I’ve only ever stayed somewhere for about five years because it’s the longest it’s ever taken me to fix something,” Ross says. “Usually, I go in and I fix [the business]. Then I get bored. And Larry told me in my first interview, you will never get bored working here. And here I am 16 years later and, trust me, I am never bored.”

Her entry into the world of car sales was all by happenstance. After a particularly low point in her life, while up in Maryland, far from her family in Clearwater, she was pregnant and in an abusive relationship with the father of her unborn son.

“The phone rings and my sister-in-law didn’t show up for work. And she was the receptionist at a local car dealership. I told her, ‘Well, I’m five months pregnant but I know how to answer the telephone. So, I’ll be up in a minute,’” she recalls.

This was 1985 and the dealership was All Star Chrysler Plymouth and Dodge.

About a year after living in Maryland, Ross and her son relocated back down to Clearwater. Her father was buying a car from Anthony Thurmond and told him, “I’ll buy the car but [my daughter] needs a job.”

“He goes, ‘Ok, I’ll go grab an application.’ And my dad is like, ‘Seriously, I’m not buying the car unless you give her a job,’” Ross says with a laugh. And that is how Ross landed her first dealership job, in the Tampa Bay area, as a receptionist.

She later moved on to Carlyle Lincoln Mercury as an accounting supervisor.

She went on to hold a few more positions, at various dealerships, before meeting Larry Morgan in 2005. She was the Morgan’s first employee at Toyota of Tampa Bay, 17 years ago.

And it’s no wonder why Ross is staying busy and avoiding boredom. The automotive group has had a busy year of acquisitions.

In May, Morgan Auto Group opened the recently acquired Chrysler Dodge Jeep Ram of Tampa Bay and Morgan Chevrolet, both formerly under the Jim Browne name, and acquired Kia of Clermont from the Fuccillo Automotive Group. In October 2021, the dealership reached an agreement to acquire Reeves Import Motorcars, which was the largest in Morgan Automotive’s history and doubled its footprint in the luxury market.

“Larry is just a gem to work for,” Ross says. “He is the definition of an entrepreneur. He’s not only one of my greatest mentors, but I am lucky to call him my friend.”

In between acquisitions, Ross says taking care of the employees of Morgan Auto is a top priority for her.

“I love Larry and Brett but I get up every morning because there are 5,400 employees, right now, that depends on me making the right decisions,” Ross says. “If I don’t make the right decisions on a daily basis, those people won’t want to work here. To me, that’s what a CFO really does.”

In the beginning Ross would hold casino nights at the dealerships which raised money for free loans for employees, vendors and family members.

Ross is one of the founding members of another nonprofit, the Charity Polo Classic. During the past 10 years, it has raised more than $3 million, which has all stayed local.

Ross is also involved with PACE, an organization that provides educational opportunities for at-risk girls, ages 6-12. In June, she hosted a group at Brandon Honda.