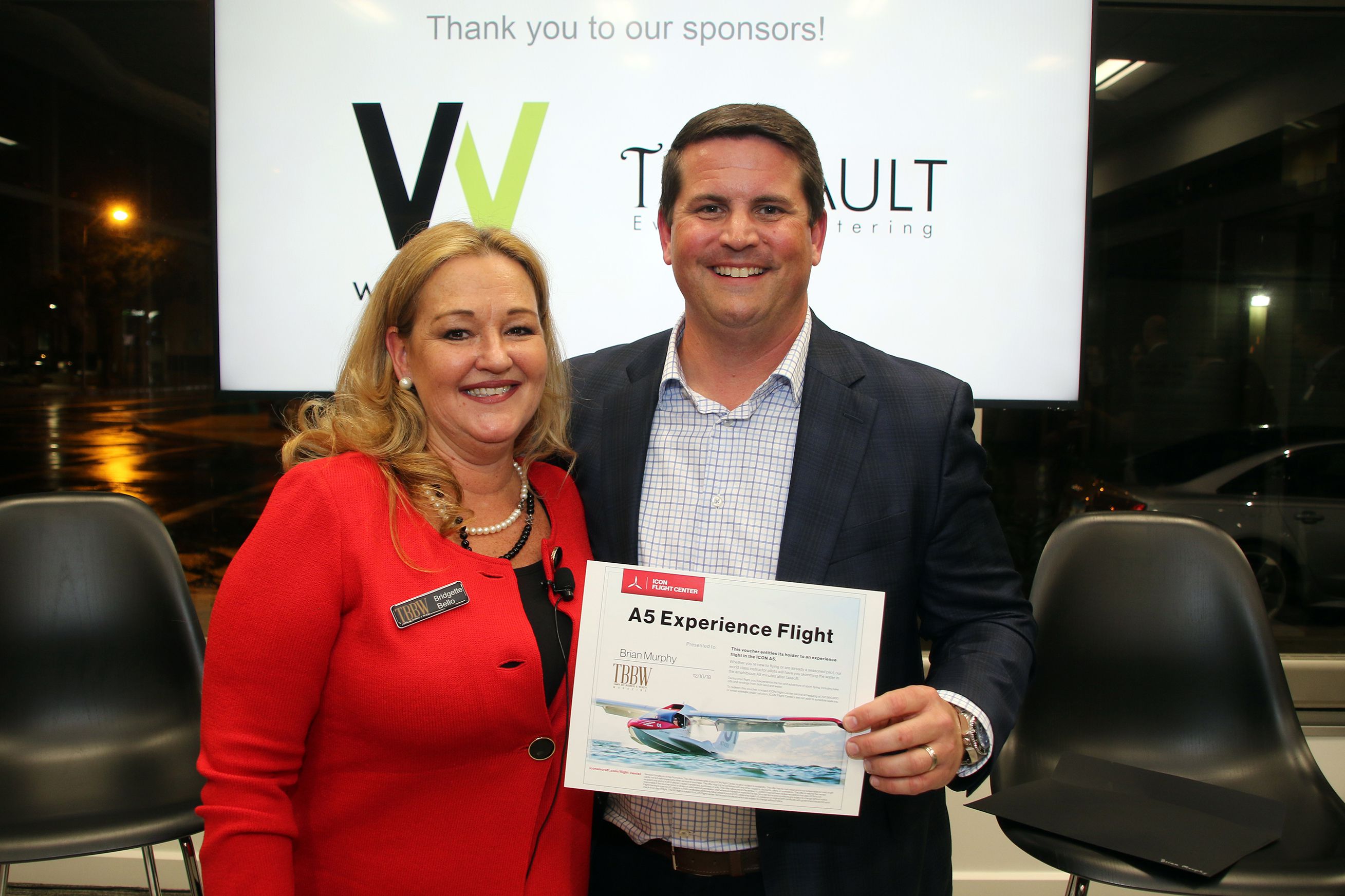 Brian Murphy is the CEO and founder of Reliaquest, a global company that is based in Tampa. Reliaquest leverages a discipline called security model management to help security organizations build individualized security models that evolve over time to address their changing needs. By combining existing tools and technologies with Reliaquest’s proprietary technology, people, and process, Reliaquest transforms organizations into their own security platform.

Bridgette Bello, the CEO and publisher of Tampa Bay Business & Wealth, interviewed Murphy in front of a live, invitation-only, audience at Workscapes in Tampa. This transcript has been edited for brevity and clarity.

Scroll down for photos from the event.

What was it like to be a cover model for Tampa Bay Business & Wealth?

I don’t know if the word model has ever been attached to anything I’ve done [laughter]. It was a fun experience. A lot of my story I hadn’t said out loud before. It’s the first time I had to put it all out in the open.

You had this common theme throughout our entire conversation, and it was doing simple well. I would like you to elaborate on what that means to you.

I’ve learned over time, that we overcomplicate good and great. It’s just the small things, the consistency and evolution. We can rebrand, we can remarket, we can come up with the next big hairy audacious goal, or this aha moment, but at the end of the day, if you can’t consistently execute day in and day out, to do the small things, you lose.

That’s how I live life. Just do the simple things well.

You talked a little bit about the Publix affect in the story. For example, you don’t just point someone to the ketchup, you walk them there. Tell me how that still applies to your life.

Publix, if you think about it from a competitive perspective, sells the same brands and the same products, but it’s the Publix experience that counts.

Kevin [Murphy, president of Publix] always says, “If Publix is a right hand turn, don’t give someone a reason to turn left.” Whether you’re mopping floors or stocking the shelves.

They have this really cool ten feet, ten second rule at Publix. They train all their leaders and associates that if a customer comes within ten feet of you, you acknowledge the customer within in ten seconds.

Think about what common sense that is. I play that in my head all day long at Reliaquest. I travel a lot, whether it’s Dublin, Vegas or Tampa, and there’s now 325 of us, and I have work to do, or I might just have to go to the bathroom in between meetings, and I’m trying to get there fast, but it’s ten feet, ten seconds. It might be the only time my employees see me in 60 days. Even if it’s a quick nod, or a “Hi, how are you?”

It’s understanding that might be the only interaction with the Publix experience. It’s why it’s the brand that it is. I was lucky to learn there.

Your parents must be so proud. Your brother is the president of Publix, you’re running a multimillion dollar global company and your other brother is a special agent in charge of the Drug Enforcement Administration. How do you not compete with each other?

We don’t. We’re all very proud of each other. The Murphy family is a different dynamic. Mom and dad are very proud of us, but I don’t talk about Reliaquest at family events. It’s just not what we do.

They live in a 55 and up community, so I’m sure people get an earful about the Murphy boys. But around us, they don’t talk like that. Even when we were growing up, we weren’t a big, “We’re so proud of you and you’re such a great kid,” kind of family. It’s just an expectation. We see mom and dad work, we’re going to work.

After our interview, you announced the Dublin office and that was your first entry into the European market with your own employee base. Why did you pick Dublin?

Dublin is this really awesome area in the European Union. It’s an eclectic melting pot where people from around the EU want to move.

We found, while there are a lot of software development companies that might have a cyber slant to them, there aren’t a lot of pure cybersecurity firms…so as we started to peel back the onion, we found there was an opportunity for us to have a different message than what they are used to hearing from big conglomerates. It also needed to have a direct flight or be easy to get to.

At PricewaterhouseCoopers, or PwC, where I had my second job, they were really unapologetic about how hard you were going to work, but they were going to train you and turn you into this phenomenal professional. In turn, you were going to give them 80 hours a week. I appreciated the candor and how open they were about that. We create the same environment. I want to build a company that someone like me wouldn’t want to leave.

If employees are in a place they feel fulfilled, challenged and developed, they will stay, and we have proven that.

Your company donated $1 million to the University of South Florida for Reliaquest Cybersecurity Labs. What impact do you expect it to have on this community?

I hope it lays down a gauntlet a little bit. I’m tired of all the panels that come together and talk about how there’s a workforce shortage in cybersecurity and we lack technical talent. I don’t buy that. We’ve spent $2 million building a simulated security environment at Reliaquest University [the training component of the company].

Think about batting practice. If you step into a baseball game, and you never hit a curve ball, you’re going to have to play a lot of games to learn how to hit that curve ball. That’s what you have batting practice for. We built simulators to create a batting practice environment for our analysts and engineers, which shortens the learning curve. What would take you 16 months to learn in the wild, we can now expose you to in five weeks.

We have partnerships at 16 different universities across the U.S., and what we noticed was, they’re always failing at certain parts of our technical interviews.

I can go talk to administrators and say, “Your students aren’t prepared coming out of college.” Well I have an accounting degree, and the first thing a partner from PwC said to me was, “Forget everything you learned in college, that’s not real accounting.” There’s a learning curve.

We’ll probably have about 60 people in the spring and we’ll have 100 people in the fall, just at USF. We’re going to model this at College of Southern Nevada and the Dublin Institute of Technology. I want to create momentum and a pathway, to set an example and ultimately, get good people to hire. There’re business benefits, but if you can do both, great.

What is the significance of receiving the Patriot Award from the Department of Defense?

It’s a huge honor. It’s a bigger deal on how I won it, than the why. Again, it’s doing the simple things, like just listening. There’re so many things I don’t know. They are exponentially more than what I know.

We had an individual, named Eddie, that was in the reserves and was being deployed to active duty. I was never in the military. I’ve always been supportive of the military and involved in a lot of the associations and that’s where Reliaquest started.

My admin, at the time, came to me and told me that Eddie was going to actually make less than what he makes at Reliaquest.

I started making phone calls…and I learned about something called differential pay. I told Eddie, “I don’t know how differential pay works, but we’ll do it.” Differential pay supplements the gap between what an employee is making at their civilian job, and what they make in active duty.

His commanding officer found out and all of a sudden, I got this call about having a ceremony for the award. It was pretty awesome. It was really Eddie’s doing. For me, it was an easy fix. Eddie had the tough job. He went over to Afghanistan. That was a lot harder than what I did. ♦ 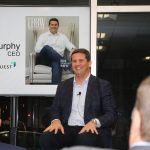 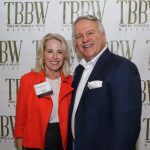 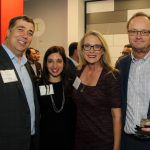 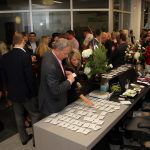 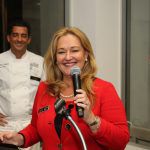 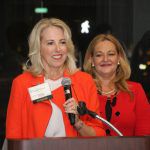 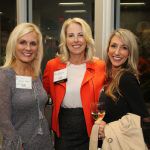 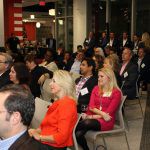 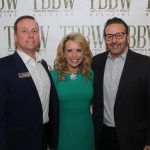 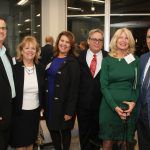 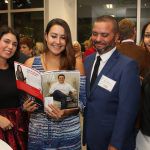 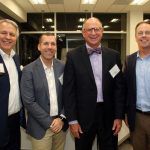 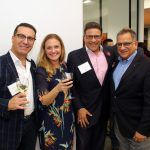 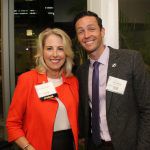 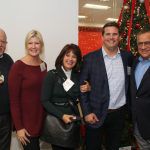 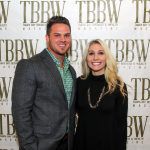 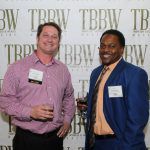 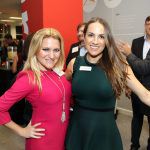 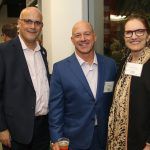 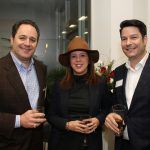 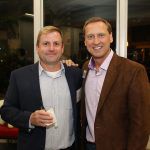 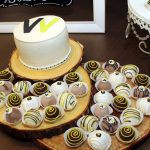 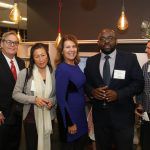 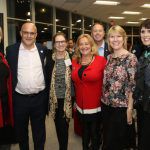 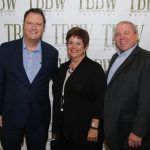 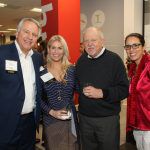 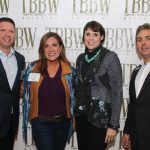 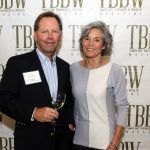 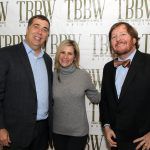 Sponsors Workscapes and The Vault

The sponsors of this month’s event were Workscapes and The Vault. The event was held at Workscapes.

The evening begins with a cocktail reception for about 100 guests, followed by the highlight of the event, a live interview conducted by Bridgette Bello, TBBW CEO and publisher, and a well-known c-level executive who provides insight into their personal lives, careers and views on issues affecting the business community.

Partnering with TBBW on this exclusive event provides an opportunity to network with the area’s business elite, generate new business opportunities, and increase brand awareness.