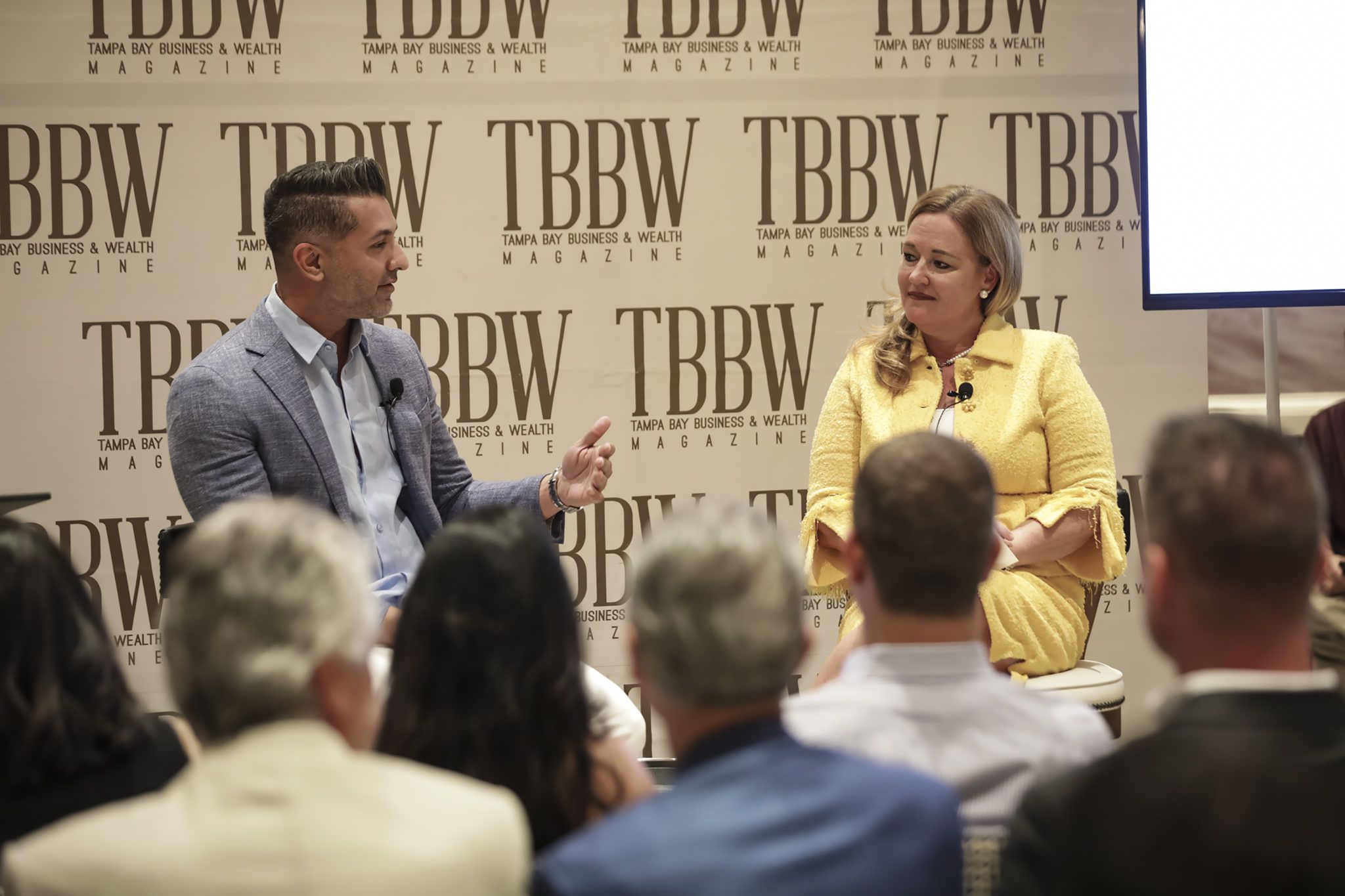 A candid discussion with Vick Tipnes

Vick Tipnes is the CEO of Blackstone Medical Services, a national medical device company headquartered in Tampa. The company has made the Inc. 5,000 list for the last two years, ranking 1,750 out of 5,000 companies, based on growth of 355 percent in the last three years. It’s now one of the country’s largest providers of home sleep testing. In the next three to five years, he hopes to grow Blackstone into what he says will be a “Godzilla” of a company, quadrupling the size of the business from his 2018 revenue, which was $10 million. That was up 54 percent, to more than $100 million in the next five years.

Bridgette Bello, the CEO and publisher of Tampa Bay Business & Wealth interviewed Tipnes in front of an invitation-only audience at The Rez Grill in the Seminole Hard Rock Hotel & Casino in Tampa. This transcript has been edited for brevity and clarity.

I consider myself like a chemist. I know if I add a little bit of this and a little bit of that, I’m going to get “X.” I’ve always considered myself a student, in the sense of finding what really works and what moves that needle.

I wake up like the rent is due every day. There is no day off. It’s that mindset that got me here. Quick to hire, quick to fire, and making sure that your culture is great because a bad office culture will kill your company.

How did your company get the name Blackstone Medical Services?

I could come up with some elaborate story but it’s actually a very simple, and funny, story. When I started Blackstone in my kitchen, I was in my pajamas on a Tuesday evening. I’ve always followed Blackstone, a private equity firm, and I’ve always been fascinated by the private equity world. I loved the name, and I also did some research and found that they owned a therapy company called Apria Healthcare. I kind of tinkered around like this mad scientist and I’m like, OK, you know what I’m going to do? I’m going to name my company “Blackstone,” because one day when I become this juggernaut, Blackstone will buy me and they will save money on letterhead.

And, funny enough, I actually had dinner with the vice president of Apria and I was asked how I came up with the name. I told him the same story and he laughed. No he didn’t write me a check, but hopefully we will be doing something with them on a bigger scale. It’s kind of funny how I took this idea from my kitchen and five to seven years later, I’m in front of second in command for a multibillion-dollar company. I was very intentional with that.

One of your quotes in the story was, “I just do things and then I figure out a way to make them work.” Can you tell us about a time that strategy backfired?

My philosophy is that we manifest what we want. The mistake I made was that I wasn’t detailed enough. I want to have this business but what does it look like, from a 30,000-foot level all the way to a granular level? That’s one thing. The other thing was to flip it on its head and say, OK, well, if you want this amazing business company, person, people, employees, what type of person would they want to have? For me, it was addressing self-growth and self-awareness. I want to have this great company, a $100 million company, what does that CEO look like? What is he doing on a daily basis, what does he eat for breakfast? What types of friends does he have?

I’ve really adopted that philosophy. If I want to be the CEO of a $100 million company or $1 billion company, what does that look like? What am I doing at that level? You have to start that now, versus when you get there.

What does a $1 billion CEO look like? What does that person eat for breakfast?

Eggs and oatmeal. [laughter] What I’ve seen and studied reveals that a lot of successful entrepreneurs and CEOs at that level have a high level of empathy. They understand people and they understand where they’re coming from and how they feel about certain situations. They have a self-awareness. I think in this day and age, with CEOs and people in general, we lack this self-awareness of what’s happening with another person versus just ourselves. People at a really high level, that I have observed, have a tremendous ability to see another person’s reality.

You are about to become a published author. What is the book about?

The book is about a chapter in my life. What I’m trying to accomplish from the reader’s perspective is to get them to think, “Why not me?” I’m a guy that has no education. I have a high school diploma and I didn’t come from a rich family. I don’t have Ivy League connections. I had to beg and borrow and make a dollar out of 15 cents. Someone could easily say you’re never going to make it, but good luck.

Everyone has a book. You have a beginning, a middle and an end. I think a lot of people today aren’t looking at their life, in the sense of what they want their book to be. What do you want each chapter to be like? Do you want it to be an adventure, or do you just want it to be something that you mundanely go through?

I [said] this [earlier], I never imagined I’d be here. I was just barely trying to make payroll five years ago. It’s a humbling experience.

You are a Scientologist. We don’t ask our cover subjects what their religion is, but it is a uniquely interesting thing about you.

I don’t really consider myself a religious person at all. I do believe in God and I believe we’re here for a purpose.

Scientology really is just data. There’s a lot of false data, but for me, it’s just data and information. Dianetics is a very simple book about the human mind, and it’s just the most rational data that I’ve ever read. It’s helped me in a facet of my life. ♦ 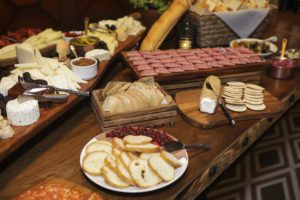 The Rez Grill provided an elaborate selection of charcuterie. 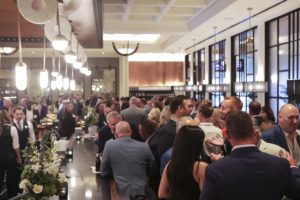 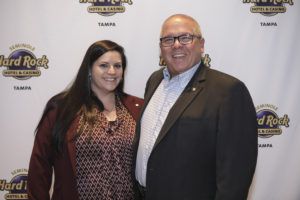 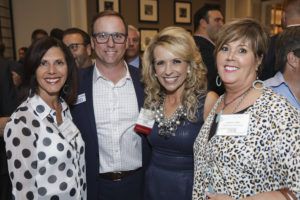 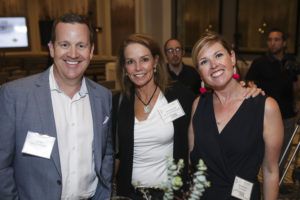 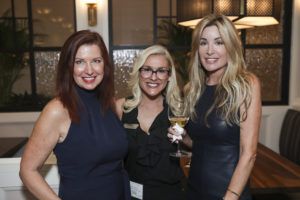 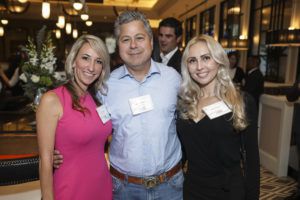 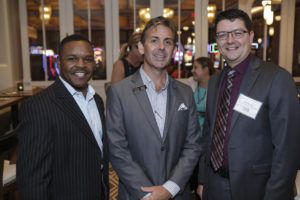