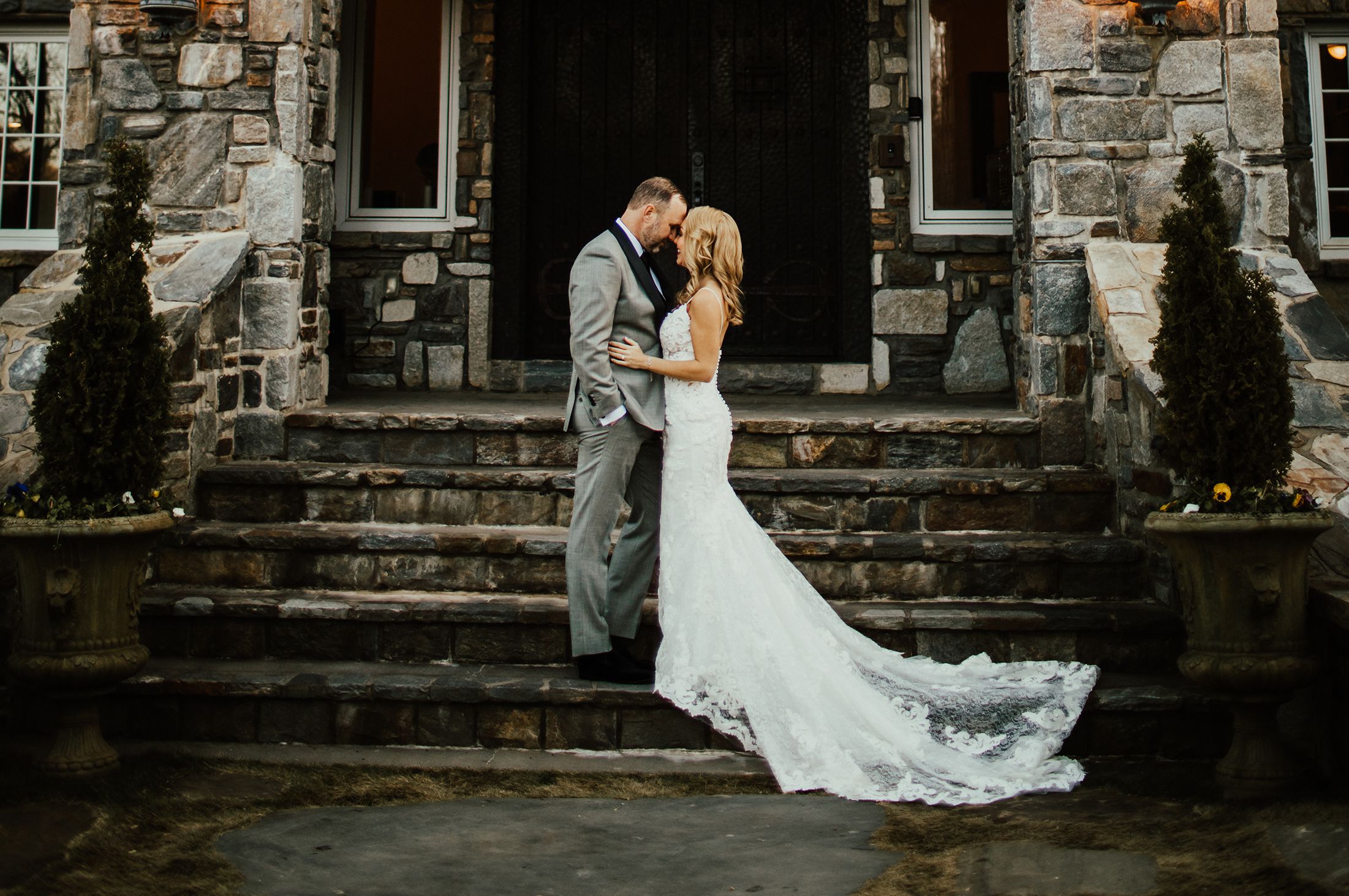 A Tampa Bay powerhouse couple shares a passion for philanthropy and tenacity in business.

It’s a love story fitting for 2022. Two professionals keep running into each other at networking events, a first unofficial date at a Tampa Bay Lightning game. Love blossoms, resulting in marriage and a blended family.

Greg Zolkos and Nicole “Nikki” Stokes, now Zolkos, married on Nov. 27 and spent their Christmas holiday in St. Lucia for their honeymoon.

Both Nikki and Greg share a drive to achieve great things in their respective businesses and a dedication to philanthropy. Here is their story.

Greg was born in Nashua, New Hampshire, to a dairy farming family. The family eventually moved to Tampa to relocate the family farm. It had 1,500 cows.

Greg attended the University of South Florida and when his family moved back up north, he stayed in Tampa to finish college.

“I focused on management and finance in school. A friend helped me pass my first computer course, intro to computers, because I had never really touched one until I was 19,” says Zolkos.

“I started working in my career while I was going to school. The company I was working for was in financial crisis,” he says. “I kept cornering one of the guys and asking him to teach me the computer stuff. I thought I could learn it.”  He was 19 years old.

“We know what happened in 2007 and 2008, in Florida with the real estate market, and [since] the primary company was construction, they took a major financial hit,” Zolkos says. “That’s when I was asked to start Atlas to support a host of companies with common ownership. So I had a brand new company, a ton of debt and nobody that could afford to pay me.”

Atlas Professional Services, based in Tampa, is a managed IT services firm, of which Greg is president and CEO.

Eventually, after some doubts about his fledgling business, he began to add clients and has retained nearly all of them since.

“There was at least three times, I can definitely tell you, that I was getting ready to toss it. And I’m glad I didn’t. Because I would have been working for someone else and not doing things I love and not building the relationships I’ve been able to build and having the opportunity to do some of the things we’ve been able to accomplish,” Greg says. “I don’t like to fail. I can be a little stubborn.”

Nikki was born in Los Angeles, California, but moved to Tampa when she was 3 years old. She calls herself a “Tampanian.”

She got her bachelor’s degree at Florida State University and her master’s at USF.

She previously worked in mental health and was the executive director for what is now called Frameworks.

Nikki has Crohn’s disease and was sick when she was pregnant with her first daughter. This was also during the financial crisis in 2008-09.

“We had to make tons of layoffs at the nonprofit [organization] because we were heavily funded by private donors. And even though we were doing meaningful, meaningful work in our community, it was just not allowing me to do meaningful work with my family, or people I worked alongside,” Nikki says.

She ended up needing surgery related to Crohn’s and used that time in the hospital to reflect on what she wanted to do.

As she started to assess what might be the best use of her talents and energy, she realized that an unlikely career transition might be in order.

“I also wanted to make a big impact in our community. And what I realized is that it’s really the board members that get to make the decisions about where, and how, the dollars are spent at nonprofits,” Nikki says.

One of her friends suggested she become a financial adviser. She thought that person was crazy, but ultimately found that the career could check a lot of boxes for what she wanted to achieve.

In March 2011, Nikki opened her own financial planning practice. She is now one of only three managing directors, and the first woman with Northwestern Mutual, in the United States to manage more than one regional office.

The shift in career was a scary move, Nikki admits. “I had imposter syndrome,” she says.

“There’s a certain point in time where like, you have to be vulnerable to say, like, I’m going to try something, and I might fail at it. But what’s the worst-case scenario here?” Nikki says. “Most financial planning, honestly, is more emotional.”

Together, Greg and Nikki have five daughters, all under the age of 13.

Greg and Nikki had known each other years before sparking interest, romantically. While both were going through their respective divorces, they kept running into each other at various types of events, having a similar circle of acquaintances.

“I invited her to a hockey game because I was too afraid to ask her on a date. And she said, ‘Well, I won’t be there until late. You should give the ticket away.’ I’m like, ‘Oh, nobody wants to take it. You know, it’s the Chase club, free alcohol, food, nobody wants that,’” he says and laughs. “She came late and we hung out. It was a very good night.”

Midlife dating can be rough. Packed schedules, heavy workloads and managing a home with children presents its own challenges, aside from the potentially awkward “get-to-know” stage.

“For the longest time, we had kids on opposite schedules. The weeks I had my children, she did not and vice versa. So we really dated each other at networking events,” Greg says.

Ultimately, they made it work, fell in love and are navigating the “happily ever after” part of the story.

Both with a passion to give back to the community they have called home nearly all of their lives, they have a heightened focus on philanthropy.

“Greg and I both have huge hearts and want to do good in the community that we live in and teach our kids about doing good too,” Nikki says.

In 2021, Nikki’s oldest daughter, Callie, who also has Crohn’s disease, raised more than $25,000 for the Crohn’s and Colitis Foundation’s Night of Hope event.

The Zolkos’ are currently working on setting up a charitable organization for their kids under their collective nickname, “Gaggle of Girls.” The organization will be used to raise money and volunteer for causes they’re passionate about.

Through their hard work in their careers, their children and each other, Greg and Nikki say the story isn’t done, it’s just the next chapter.