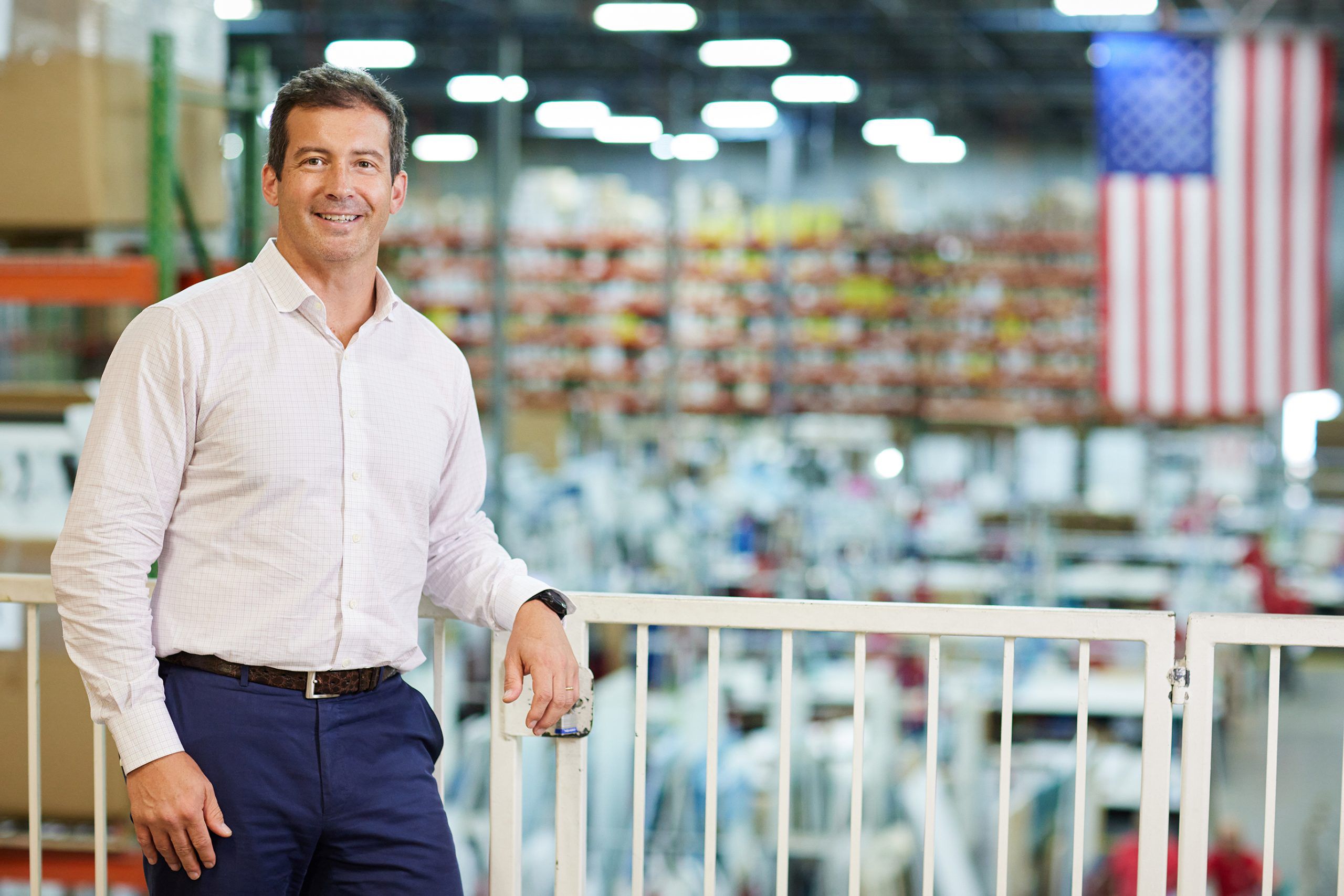 Richard Forsyth’s vision aims to beautify America and the world

Walking onto Richard Forsyth’s six-acre property takes you back to old-time Florida.

Right off Bayshore Boulevard, the property sits on Tampa Bay, the body of water not the often referred to term the region, and has plenty of green land, moss coverings and banyan trees.

It’s quite picturesque. As is Forsyth’s family and life.

Fitting for the chief executive officer of Wendover Art Group, based in Largo.

“People have been in love with art since the beginning of time. There’s a huge emotional connection [with art],” Forsyth says.

Previously a “finance guy,” he now runs one of only two of the largest sources for art for residential, commercial and retail businesses in the United States.

But you wouldn’t know it. You won’t see its label, or branding, at retailers. The building is unassuming and so is Forsyth. Off the radar doesn’t even begin to describe Forsythe or his company.

It’s the fine art you are drawn to, and it makes you feel something, but you just don’t know why. Enter his place of business and observe, there is so much more happening to your senses than you realize.

The company’s tagline, “The Source of Art,” makes more sense, once you dig deeper into Forsyth’s vision.

He was a good student, played sports and studied business at Wake Forest University. Forsyth then did the next logical move and began a professional career in finance and private equity.

“Entrepreneurship was in my family from a pretty early stage,” Forsyth says. He says, laughingly, that his father delivered him into this world, being a general practitioner in the small town of Calais, Maine, later moving to Raleigh, North Carolina, and establishing his own practice. 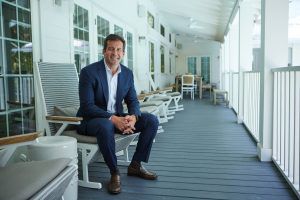 He read a book by Richard Branson called Losing My Virginity, about being virgins in business, he describes. The book’s premise would come to have a greater meaning down the road but, at the time, he says, he just knew he wanted to have his own business but wasn’t exactly sure what that business would be.

“I spent two years working in investment banking in Charlotte, North Carolina, and lived on Wendover Road,” he says.

He went on to work at another private equity firm in Lake Forest, Illinois, Goense Bounds & Partners.

Meanwhile, the itch to have a business of his own prevailed and he would spend hours looking at hundreds of businesses, pragmatically, trying to find the niche he wanted to invest his time, mind and money into.

The idea of art might have seemed abstract, but to him, it made sense.

“I had narrowed it down to wall decor and, specifically, framed art,” he says. “What makes a good business is a super fragmented industry also in need of vertical integration.”

Think about it. Nearly every place you enter has art—hospitals, restaurants, hotels and, the interesting thing is, you probably don’t even realize it affects how you feel about the space and the experience you’re having.

“Every single environment needs artwork. It was a very significant market but not too big,” Forsyth says. “Customers care a lot more about the overall experience. They notice the environment and, whether they can tangibly state it or not, it has an impact on their experience overall … it’s actually pretty fascinating.”

Meanwhile, in Clearwater, there was a small poster company that caught his eye.

“I had never been in Tampa and, certainly, didn’t know where Clearwater, Florida, was,” Forsyth says.

He purchased that company in 2005 and rebranded it as Wendover Art Group, in 2007, named after the street he lived on in Charlotte.

“No one teaches you how to run a business … the first year, you’re just trying to figure it out and the second year it’s like, ‘OK, here’s how we want to build [the business.]’ ”

“We started licensing directly with artists that had never licensed before. It was exclusive artwork that people had never seen. We were able to offer a lot of value in what we were doing,” Forsyth says.

In 2008, Wendover moved into the hospitality and senior living spaces, expanding into the commercial side of its business.

By 2010, Wendover Art Group had doubled its business and, in 2014, it was large enough to warrant opening a new facility, which is still located in Largo.

Currently, that facility is undergoing a major expansion that will add 70,000 square feet to its warehouse. In March, the company acquired Lowcountry Originals, an artesian handcrafted lighting fixture company, based in Bluffton, South Carolina.

Acquisitions, Forysth says, is now on his mind. It’s a strategy he wished he would have adopted sooner, when asked about previous failures.

“We really study our failures, particularly the smaller failures. By consistently studying those smaller failures, talking about them and having minor course corrections, fortunately, that has kept us from making a fatal mistake,” he says. “Putting the ego aside to look at it even when you’re having a lot of wins. Understand, ‘Hey, why did we lose there? What happened? How’d the mistake get made?’ ”

Forsyth is married and has four children. He coaches flag football, in his backyard. There was a scoreboard lingering when we visited his home. There was a fallen tree limb, from a storm, with a swing attached to it. There is something very much American about this dad who loves his family, his community and his business. His late night, guilty pleasure is making new playbooks for his son’s team.

He also has a deep-seated love, and respect, for those that serve in the United States’ military.

“I believe that the United States of America, in terms of having the opportunity to be free and to grow a business, to be an entrepreneur … there’s no place anywhere else with the same opportunity you have in the United States,” he says. “If you’re willing to commit yourself and if you have a vision, particularly, that you can articulate to others, you have a very high chance of being successful if you’re willing to do whatever it takes.”

Forsyth was even featured on an episode of The American Dream, a national television show that can be viewed on multiple streaming networks. He also serves as the chairman of the investment committee and a board member of the Special Operations Warrior Foundation. Wendover Art Group supports Paws for Patriots, a program within Southeastern Guide Dogs.

“In the United States, we have a military that’s willing to volunteer and fight for our rights and freedoms. With that being said, I think you have an obligation, it’s my opinion, but there’s an obligation to support those who make that sacrifice,” he says.

When saying these words, there is no pretentiousness. He’s truly humbled and genuine about his gratitude and the respect he holds for those soldiers. 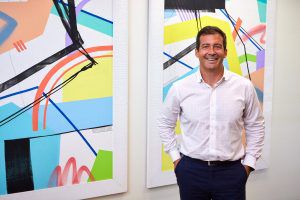 Forsyth places a lot of emphasis on company culture and the honor he expects from his team: Accountability. Striving for greatness. It’s no surprise he places such consideration on the “American Dream.” Honor and accountability are core traits for Forsyth and traits he expects from others.

“There’s opportunity everywhere. And, to the extent you have the opportunity and the God-given mental, and physical, strength … it’s important to find ways to give back and to make a difference in this country,” he says.

Focus on the things that matter. Build great things. Take a chance. These are the overall messages that Forysth imparts.

“When I [mentor people], I try to be really, honest with them. I don’t see my job as to inspire someone to be an entrepreneur. At the same time, I’m a constant advocate for entrepreneurship,” Forsyth says.

It is the American Dream. A source of art, if you will. ♦