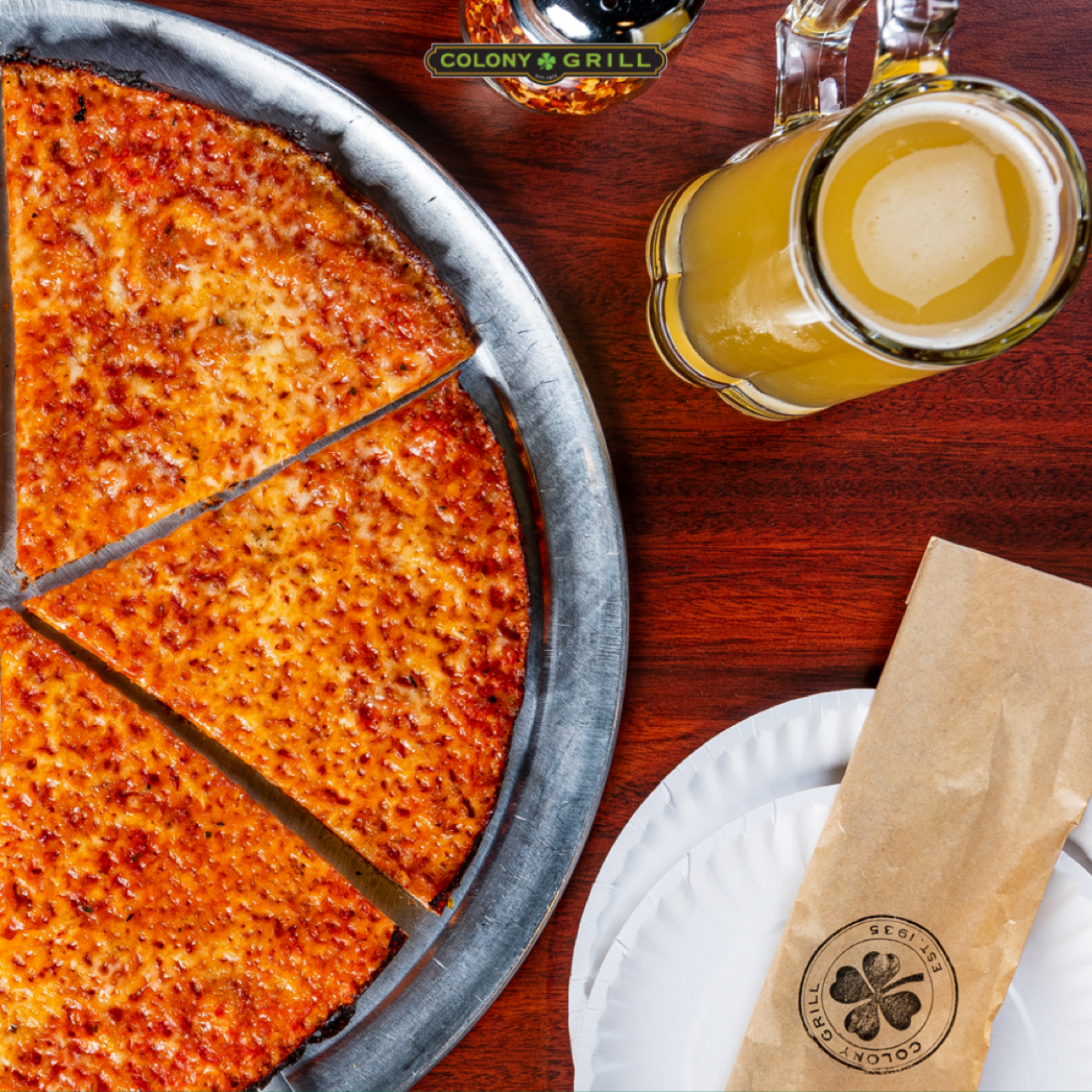 Midtown Tampa now has a spot in which to grab a slice.

The Colony Grill, a Connecticut-based pizza chain, has opened the doors to its second Tampa Bay area location. It opened its downtown St. Petersburg location in 2021, on Central Avenue and seventh street.

Known for its thin, and crispy, pies, and its famous hot oil topping, the restaurant only serves pizza but it does it so well.

Moving into the Central Florida market was a no-brainer for the brand, says one of the four co-owners, Paul Coniglio.

“We looked at two particular areas. One to find places where we felt our community involvement could continue,” Coniglio says. “We really felt like we found that in the Tampa Bay market.”

The community aspect is a major foundation of The Colony Grill’s business model and it has been since the four owners, which also include Ken Martin, Chris Dury and Cody Lee, purchased the business 10 years ago.

The four friends grew up together. They lived in the same community and played Little League together, even playing in the 1989 Little League World Series Championship team.

“The St. Petersburg market, specifically, is a very tight-knit community and very loyal to its businesses, the owners and operators,” says Ken Martin. “The market can sense if you’re being genuine, or not. So I think, for us, we’re sort of a business that really wants to be a part of the community, whether it’s youth sports, or the arts, local libraries or [supporting] the local first responders.”

It’s been about a year since The Colony Grill opened its St. Petersburg location and Coniglio and Martin agree that they feel they were embraced and have planted roots in the downtown St. Petersburg ecosystem. Tampa was the next obvious choice.

“We just loved [the access] of the Midtown Tampa location,” Coniglio says. “It’s just nice to be able to see all aspects of the community being able to enjoy that entire complex.”

“The unique part of our site was the super high visibility of it,” Nicholas Haines, CEO of the Bromley Companies, the development firm behind the project told Tampa Bay Business and Wealth. “It could command regional focus. If we could bring all the components together, we could create something special.”

Now that vision has come to life and has attracted, in addition to The Colony Grill, the likes of Shake Shack, Sephora, True Food Kitchen and more.

The evidence of community is alive, and well, in Midtown. Making it a major draw for the four co-owners of the Colony Grill, attracting them to the location. Without it, there may be no hot oil pizza in Tampa.

“It’s great to just see all the people and the families walking around,” Coniglio says. “It’s been really awesome to watch it grow into what it has become. We’ve been there now for a year and a half, through this whole process, so to see where it is today versus even a year and a half ago. It’s just been really great to witness.

Now that The Colony Grill will be on both sides of the Bay, they are not ruling out other locations in the area. But at the end of the day, it’s all about the pizza.

“Our pizza is really important because it’s our only menu item,” Martin says. “Our pizza is really unique to the northeast corridor. We’re  proud to bring it to these other markets now and really show off that style, which is a different style of pizza.” ♦