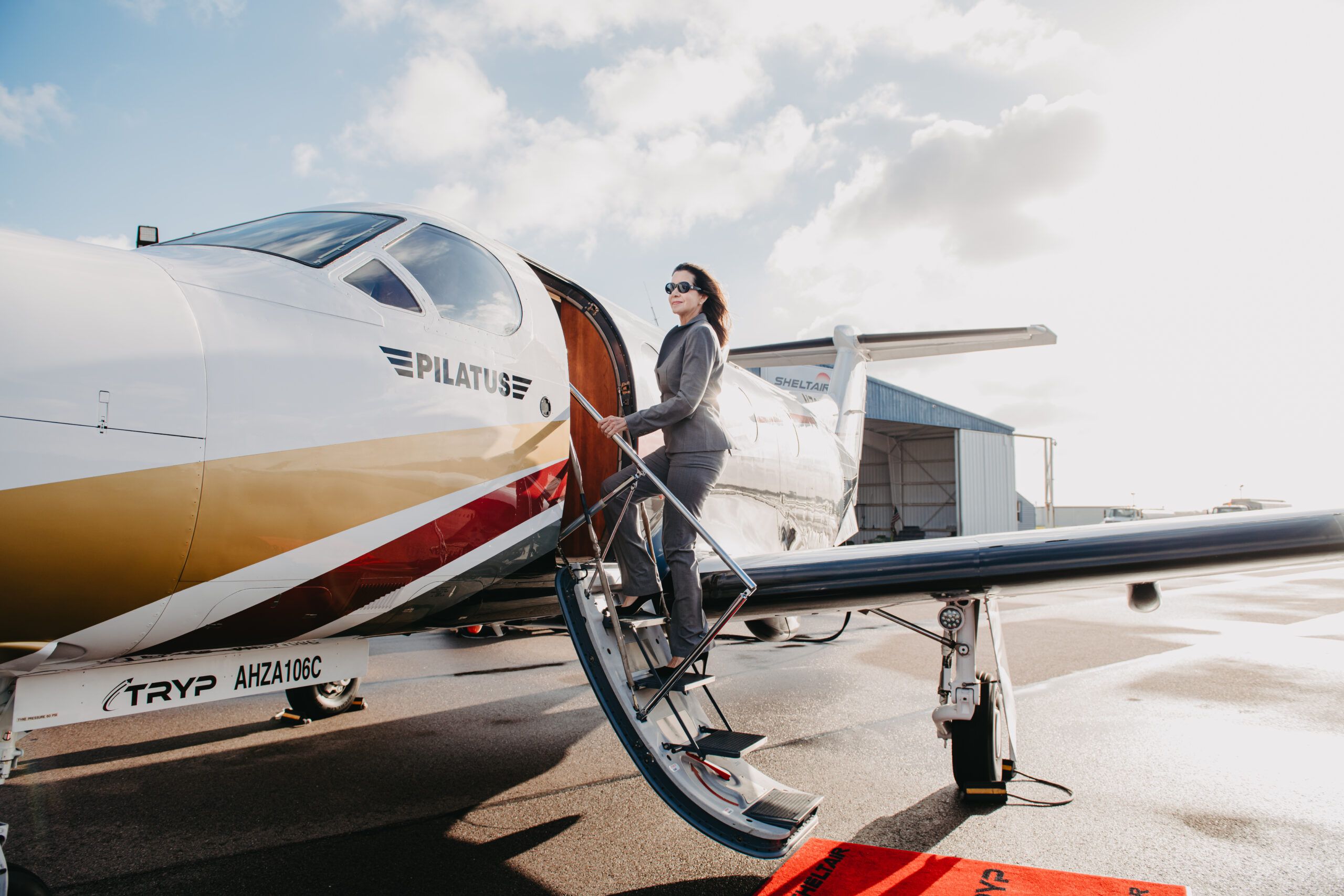 Flying high: Why more travelers are choosing to fly private

Travel is more than just getting from Point A to Point B.

It’s an important service industry, integral to a professional’s workdays and leisure nights, critical for companies and families. The image of private charter flights as the privilege of only the superwealthy, or celebrity-few, is changing.

A current trend for busy executives, and leisure travelers alike, is general aviation or private charter travel. With disruptions, and setbacks, rife within commercial air travel in this era of COVID-19, more customers are choosing private charter companies to meet their air transportation needs. In the last two years, the demand in the Tampa Bay area has skyrocketed and the many benefits outweigh the cost differential.

“General aviation travel is accessible. It costs a little more but you’re paying for a very different experience. Many people are choosing general aviation aircraft to avoid the commercial airline chaos—the delays, cancellations and frustration with TSA,” Mintzer says. “With general aviation travel, you [use] a private reception area. You pull right up to the aircraft, your luggage is loaded immediately and you can be on [your] way. You don’t need to show up two hours before the flight. You fly on your schedule. It’s just a completely different experience. So, in the market we live in—Tampa, Clearwater, Lakeland, Sarasota—it’s becoming a very popular way to travel.”

Barry Shevlin, executive chairman of FlyUSA, a Tampa-based flight aviation company, agrees. FlyUSA employs a network of Florida and Texas-based aircraft, alongside a global network of over 7,000 FAA-certified aircraft to meet all the travel needs of their Florida customer base.

As Shevlin explains, “There’s no question that you’re going to be able to get from Point A to Point B quicker, and more efficiently, when flying private versus flying commercial. But the certainty of travel is also crucial. We’re all reading about the flights canceled, lately, and the dysfunction of airlines is helping our business, at this point. So that certainty, knowing that you’re much more likely to take off and get where you’re going on time, I think is a driving factor.”

Both companies emphasize the service aspect of private travel.

Shevlin recognized a void in the Florida market and launched the company during the early days of the pandemic.

“We said, ‘Let’s focus on the state of Florida, as a market, and really become the No. 1 company for on-demand, pay-as-you-go, private charter services in the state of Florida,’ ” Shevlin says. “We took a local approach to marketing, opening up six sales offices across the state to establish a physical presence at the regional airports dotted across Florida. There’s no limit to where we can take our customers but we keep our service local. We meet our clients before they take off and greet them after they land.”

Its success speaks to its service. FlyUSA broke its monthly sales record for 14 of the last 18 months, with $1.3 million in sales for June, and just expanded marketing into Texas.

It’s the service amenities that heighten the value of general aviation travel as much as the convenience, and time-saving, appeal. For MySky, the plane itself is an amenity. As Mintzer explains, “We chose the Pilatus PC 12 as our aircraft. It’s made in Switzerland and you know, like the Swiss make their timepieces, it’s how they make their aircraft. It’s meticulous, its form and function, their attention to detail, are all really second to none. And the airplane has all the luxuries that you can imagine: an interior that’s created by BMW, USB ports at every seat, an in-flight entertainment system, drink station, snack station, a fully enclosed bathroom on board as well as the latest in technology when it comes to the avionics that guide the aircraft. It’s the safest aircraft in its class.”

Mintzer is also a pilot himself, “living the dream” as he balances running the company with piloting duties, he says.

Shevlin, too, earned his private pilot’s license, 10 years ago, and experienced first-hand the convenience of private travel as he flew himself to out-of-state meetings while the CEO of Vology, an IT, cloud and security company he exited, in 2019, before launching FlyUSA.

The success of private travel is also evident at the Tampa Executive Airport, a part of Skyport Aviation. The airport, or VDF, leases out to flight schools and hangar space, sells fuel and welcomes the many private flights operating in our area.

Recently named the best general aviation airport in the state of Florida, from the Florida Department of Travel, the award recognizes the state’s best in airport management, aviation safety and outstanding contributions to Florida’s aviation community.

As Eric Berg, general manager, explains, “All across our services, as a general aviation airport, sales and travel have increased. Companies still had to function, CEOs still had to go where they needed to go, despite the restrictions of the pandemic, and we’ve been ready with our service. I tell all my employees, we’re a service industry, first. You can get a fantastic hamburger somewhere but if the service is lousy, you’ll never go back. The first thing we sell is customer service.”

Both MySky and FlyUSA offer consulting and management for customers interested in taking to the sky themselves, as all aspects of private air travel have boomed in the last two years.

In the general aviation space, the sky is truly the limit. As Mintzer concludes: “Let’s say you need to go from Orlando to Tampa to Sarasota to Naples back to Orlando, and be home in time for your kid’s piano recital or soccer game. We can do it. That’s the flexibility, and the beauty, of using general aviation aircraft. It’s not private anymore. It’s accessible to so many in so many different ways.” ♦